Learn from the neuroscience to deal with cross-border disputes

Cross-border negotiations are strongly influenced by cultural, social and linguistic differences, which should always be taken into due consideration during a negotiation.

Neurosciences, however, confirm more and more the existence of a basic neurological structure that unites all human beings in the perception of reality as well as in the processing of emotions, influencing their behaviour and relationships regardless of their actual social or cultural affiliation. Any “decision making” process, therefore, is inevitably influenced and directed by this inner and emotional structure, to the point that, according to some, the concept of “free will” should be broadly redefined.
In any case, the knowledge of the cognitive and emotional characteristics that unite human beings can be particularly
useful to a mediator, greatly increasing the chances of success of a negotiation. 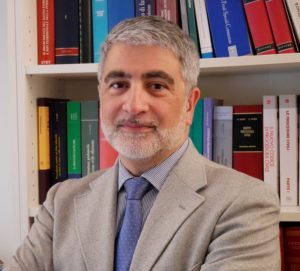 Maurizio Di Rocco works as a lawyer and mediator since 1998 in Venice (Italy).

He is specialized in techniques and methods of negotiation and alternative dispute resolution (ADR), civil and commercial law and consumer law.

Furthermore, Di Rocco is lecturer on contract at the University of Trento for Master’s Degree in Law for the teaching in the course of “Alternative Dispute Resolution for Civil and Criminal Disputes”. He is author of several publications on ADR.

The conference is part of the EU funded project FOMENTO (Fostering mediation in cross-border civil and succession matters). More information about the project: www.fomentonet.eu